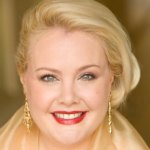 Singing “with exuberance and impeccable musicality,” Lindsay Feldmeth Westra has performed lead roles in ten operas and more than 150 solo recitals across Europe, Asia, Africa and North America.  She likes to make opera more accessible to contemporary audiences through humor and storytelling. She has organized two global opera festivals and has been featured on television, radio, online and in print.  Born in Hollywood, she moved to Austria at 20 to study opera at the Mozarteum in Salzburg. She then trained with Mirella Freni at CUBEC in Italy and Ruth Falcon in New York.

American singer Nandani Maria Sinha is a lyric coloratura mezzo-soprano of German and Indian decent. Ms. Sinha has performed in the United States and internationally and has been the winner of many vocal scholarship competitions. In 2007, Ms. Sinha suffered in an airplane accident that broke her lower back and paralyzed her left leg.  After several years of intensive rehabilitation, Ms. Sinha successfully finished her masters of music degree and currently studies with renowned baritone, Vladimir Chernov. Currently, Ms. Sinha is singing with the LA Opera Education & Community Programs Department and Long Beach Opera and is the research assistant for Maestro James Conlon.

Robust describes tenor Steve Grabe in size, voice, and personality. Recently he was seen with the San Diego Symphony covering an indisposed American Idol Finalist in “Ballroom with a Twist”. He has been featured with several orchestras including the California Philharmonic at Walt Disney Concert Hall in Beethoven’s 9th Symphony. He has performed with Opera Santa Barbara, West Bay Opera, Redlands Bowl Summer Music Festival, Marina del Rey Symphony and Huntington Beach Symphony. His operatic roles include: Roldolfo, Don José, Radamès, Canio, Calaf, Macduff, and Alfredo. He is a graduate of Chapman University and studies with Richard Fredricks.

Luvi Avendano has been featured as a soloist with the University of Redlands Choir and Orchestra in performances of Pergolesi’s Magnificat, Fauré’s Requiem, and Vaughn William’s Epilogue from Hodie.  Opera credits with the University of Redlands School of Music include Umberto in La serva padrona, Blue Moose in the premiere of Daniel Tucker’s The Blue Moose Opera, Germont in La Traviata, and Dr. Dulcamara in L’elisir d’amore. Outside of the college setting, Luvi has performed with Riverside Lyric Opera as Barone Douphol in La Traviata, with Center Stage Opera as Wagner in Faust and with Opera in the Ozarks in the title role of the Mikado, Sciarrone in Tosca, Don Alfonso in Così fan tutte, Marcello in La Bohème, Escamillo in Carmen, and the title role in Don Giovanni.

Mezzo-soprano Danielle Marcelle Bond’s rich, expansive voice is just one of the abundant gifts of this engaging actress and intelligent musician. Ms. Bond has charmed audiences in roles such as Carmen, Hansel, Purcell’s Dido, la Zia Principessa in Suor Angelica, Dinah in Trouble in Tahiti, Faust’s Siebel, Amahl’s Mother, and a Reporter in the world premiere of Stephen Schwartz’s Séance on a Wet Afternoon for Opera Santa Barbara. She has recently returned from her European debut as Maddalena in Rigoletto with Opera Classica Europa, based in Germany. Other recent highlights are her company debut with Los Angeles Opera, the alto solos in Bach’s Mass in B Minor for the LA Bach Festival, soloist for the California Philharmonic’s Beethoven 9 and performing Olga in a concert version of Eugene Onegin. She has been recorded as a vocalist for film, TV and video game scores, as well as for demos of operas currently in development. Ms. Bond has served both as company member and composer for the Grand Canyon Shakespeare Festival. Originally hailing from New Jersey, studying at Indiana University, Arizona State University & National Theater Institute, she now makes her home in Los Angeles, where she continues her study with Victoria Hart. http://www.DanielleMarcelleBond.com

Gustavo Hernandez García, tenor, began his singing career through the Young Musicians Program of UC Berkeley, where he studied with David Tigner. He has been a featured soloist for the Young Musician’s Program, Bay Area Singers’ Forum, North Bay Opera, and the Oakland Youth Chorus, through which he performed for former president Bill Clinton. Hernández has sung lead tenor roles in Il Barbiere di Siviglia, Lucia di Lammermoor, and Norma, and secondary roles in Idomeneo, Tosca, Die Zauberflote, Carmen, and in USC’s West Coast Premiere of Miss Lonelyhearts. Hernández’s forays into oratorio include singing the tenor solos for Mendelssohn’s Elijah; Handel’s Messiah; Mozart’s Requiem, Coronation Mass, and Vespers; and Rossini’s Stabat Mater. Hernández recently sang with the San Francisco Opera Chorus in Götterdämmerung and with the Los Angeles Opera Chorus in Die Fliegende Holländer. After receiving his Bachelor of Music degree from the San Francisco Conservatory in 2005, Hernández received his Master of Music degree in vocal arts at the USC Thornton School of Music.

Tenor Mario Alberto Rios graduated from the University of Redlands in 2011 where he completed a Bachelors of Music Degree with a major in Vocal Performance. He was granted the Walter and Caterina Martin Endowed Voice Scholarship. Originally from La Quinta California, Mario Rios has performed under the baton of conductors Per Brevig, Owain Arwel Hughes, Imant Raminsh, Dr. Co Boi Nguyen, Gerrit Priesniz.

One thought on “Cast”

[…] for this exciting event, I’ll be organizing a series of benefit concerts and one complete opera production in Los Angeles, so stay tuned for more details! In future blog posts, I’ll tell you even more […]